FCS-LATAM CAPITAL selects business opportunities in the region and facilitates access for financial investors interested in this market through special purpose vehicles.

FCS-LATAM CAPITAL focuses on the housing market in Colombia as a prime investment destination and is working on expanding its activity to other sectors and other surrounding countries.

Colombia is the third largest economy in Latin America -after Brazil and Argentina- but leads these countries as an investment destination due to its substantial economic stability. Based on the January 2016 forecasts of the International Monetary Fund, it still has very strong growth prospects at short term compared to OECD countries and countries in the region.

In the past six years, the country’s economy grew on average by more than 4%. In 2015, the economy grew above the average for all of Latin America and the Caribbean, and IMF forecasts for 2016 predict growth of 2.6%, compared to -0.3% for the region.

According to the World Bank’s Doing Business 2014 report, Colombia is the sixth country in the world and the first in Latin America in terms of investor protection. Additionally, the ranking places the country as the third most “friendly” destination for doing business in the region.

Colombia has a National Development Plan, which addresses the country’s basic needs and designs and implements an action plan to ensure ongoing growth and competitiveness. Peace, education and social equality are the cornerstones of the government.

The Productive Transformation Program (PTP) fosters the productivity and competitiveness of 22 sectors of the economy with high export potential through a more efficient coordination between the public and private sector.

As regards the property sector, the decreasing poverty level (2005: 45.2% / 2012: 32.9%), high housing deficit and the good performance of demand indicators, along with a low rate of mortgage loans (6.3% of GDP), enable sustained development in housing demand. 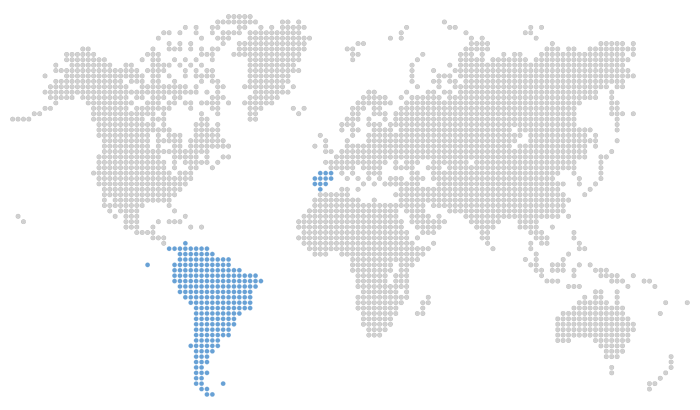